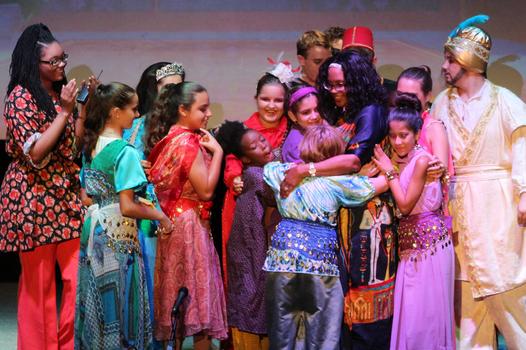 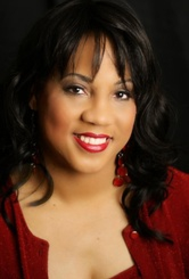 Renata Armalaite is a wonderful addition to the Palm Beach Children’s Chorus team of teaching artists. Renata is originally from Lithuania and has a Masters Degree in Conducting. In Lithuania, Renata held the position of Head Administrator for Music Events for Kuanas County and organized many sacred and traditional folk music festivals. Renata has many years of professional experience as a music educator in the U.S., Toronto, and Lithuania. She has worked and collaborated with such notable clinicians and conductors as Frank Biachi of the Cleveland Orchestra Youth Chorus. In 2015, Renata had the honor of serving as the  lead conductor for the World Lithuanian Music Festival in Chicago, Illinois. Renata is excited to be a part of the Palm Beach Children’s Chorus family.

About Us
Palm Beach Children's Chorus is a fresh and energetic community children's chorus in Palm Beach County comprised of singers ages 8-19. The vision of the choir is to instill in the minds and hearts of today's youth the idea that through music the world can be a better place. The chorus is founded upon the principles of teamwork, goal setting, self-esteem, and self-discipline and leadership in a non-competitive environment. Members of the chorus learn about how to achieve success in life, while learning the fundamentals of music and singing.

Palm Beach Children's Chorus is a non-profit 501(c) (3), multi-cultural, performing arts educational program.  Our chorus is comprised of children from across all of Palm Beach County, Martin County, and St. Lucie County and is  diverse  in it's representation of racial, cultural and socio-economic communities.

The chorus performs at least two major concerts per year, in addition to various community performances.

The Artistic Director and Conductor of the Palm Beach Children's Chorus is Sandi Russell. As a Co-founder of Palm Beach Children's Chorus, Sandi Russell has a wealth of experience and knowledge in singing and the performing arts. Her vocal teaching career spans over 20 years and she has over 35 years of experience as a performer. Sandi studied music education and vocal performance at Florida State University.

While at Florida State University, Sandi studied voice with professors Barbara Ford, David
Wingate, and Timothy Hoekman. She also studied choral conducting and vocal pedagogy under
the direction of the world renowned composer and conductor, Dr. Andre Thomas, as well as
Dr. Colleen Kirk, Dr. Clayton Krehbiel, and Betty Jane Grimm. Sandi has a Bachelor’s Degree in
Organizational Management (concentration in music) and a Masters Degree in Organizational
Management with a specialization in Leadership.

Sandi also travels the country as a worship leader, guest soloist and speaker. She is an
accomplished singer, songwriter and recording artist. Sandi has an extensive background
in musical theater and has performed in such productions as "Purlie", "Carnival", "South Pacific",
"My Fair Lady", "Carousel", and "Porgy and Bess".  Being a talented vocal and performing artist
herself, Sandi believes in developing the talents of aspiring singers and thespians. Sandi has
worked as the musical director for Christian Musical Theater a Palm Beach County based
performing arts organization, as well as served as the director of  Garden's Glee, a children's
vocal ensemble which she founded.

In 2004, Sandi Russell debuted her first solo album, entitled “You Are Holy”.  She has
appeared as a featured soloist on numerous recordings by Christ Fellowship Church. As a recording artist, Sandi has shared the stage with Christian and secular artists such as the late James Cleveland, Vickie Winans, Truth, 4-Him, Michael Neale, Alicia Williamson-Garcia, The Brooklyn Tabernacle Singers, Anthony Evans, Babbie Mason, Bob Carlisle, Sinbad, Betty Wright and EnVogue.  Sandi is a classically trained vocalist (soprano) and has performed in such major venues as the National Cathedral (Washington, D.C.), St. Louis Cathedral (New Orleans, LA), and the Kravis Center for the Performing Arts (West Palm Beach, FL).

In addition to owning a video/television production company with her husband, Matthew,
Sandi was also the host and co-producer of “Praise Connection TV”, a Christian music television show that appeared locally and nationally on the Christian Television Network.

Sandi has an extensive teaching background in the area of vocal music.  During the last 5 years Sandi has specialized in vocal audition preparation. She has been very successful with having her students obtain admission into the prestigious Bak MSOA and Dreyfoos High School of the Arts vocal music programs, as well as admission into college/university vocal music programs. Sandi enjoys bringing the gift of singing into the lives of children and adults and believes that music has the power to change lives.

Sandi is a member of the American Choral Director's Association (ACDA).

Sandi and her husband, Matthew, are the proud parents of five beautiful children. 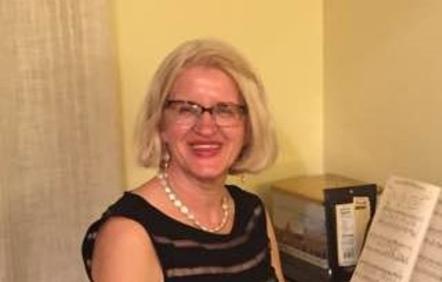 Who are the directors and instructors for Palm Beach Children's Chorus? 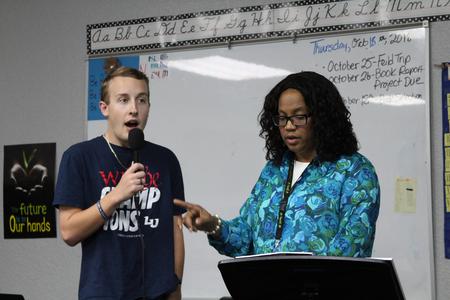